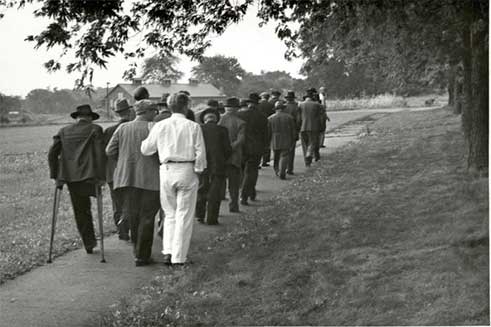 Nearly 3300 conscientious objectors served in state mental hospitals during their CPS experience. Many, profoundly troubled by patient treatment and hospital conditions, sought ways to reach patients as human beings and confront horrific hospital conditions. Their efforts contributed to change in patient treatment, public attitudes toward mental illness, public policy for state hospitals, and transformation in care for the mentally ill. To learn more, see the following:

Service for Peace in the Post-WWII Era 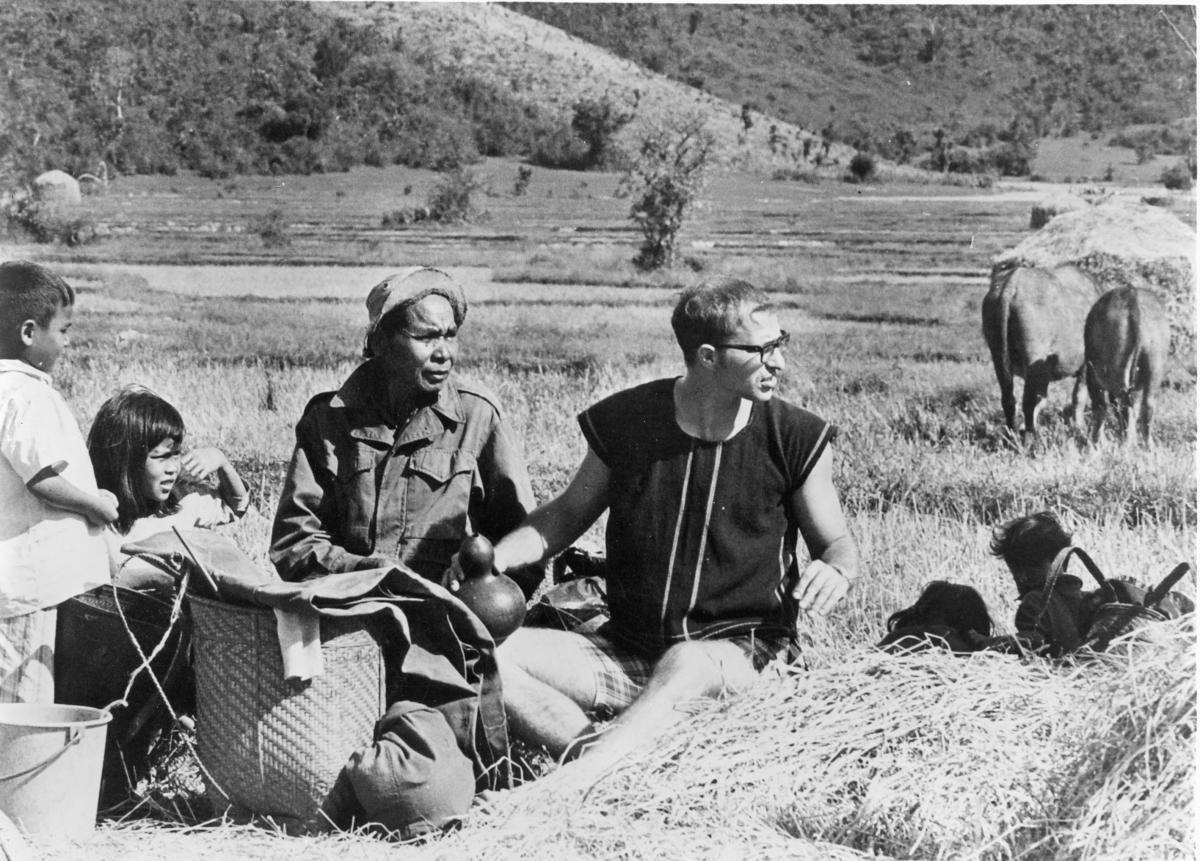 Ted Studebaker with villagers in field near Di Linh, Vietnam. Studebaker was a worker with Vietnam Christian Service and member of the Church of the Brethren until his death in 1971. Learn about his life and Vietnam experiences in the Vietnam materials.Photo Credit: Brethren Historical Library and Archives (1969-1971)

In this unit, we feature just a few of the more recent stories and events that built on the courage and commitment of WWII conscientious objectors, including:

Civilian Public Service provided the first opportunity for conscientious objectors to war in the U.S. to do "work of national importance under civilian direction," as an alternative to military service. In the post WWII-era, a fountain of energy and creativity sprang forth among the individuals and agencies that built the CPS model. New forms of service and new areas of engagement emerged to address social issues, structures of violence, and the aftermath of war.

Unlike their WWII counterparts who often worked in the obscurity of forest camps, many conscientious objectors after WWII were able to work directly in the contexts of war and human suffering. This freedom only served to heighten the questions of allegiance, complicity and identity that were present in the CPS model.

More and more organizations and groups are working to uncover the stories and history of conscientious objectors.  The following are other places that offer information:

War will exist until that distant day when the conscientious objector enjoys the same reputation and prestige as the warrior does today.