By the time the United Nations took over operations in 1950, more than 100 men and women had worked in Gaza under the AFSC program, most in their twenties or early thirties, many of them with little or no experience in relief work…The AFSC work embraced nearly every aspect of refugee life including the disbursement of food, blankets, tents, the creation of schools, maternity centers, metal shops and recreation clubs. (See: Undaunted Spirits: True Stories of Quaker Service).

Making Peace in Gaza: 1948
It was the hope of many Civilian Public Service (CPS) workers during WWII that the US government would permit them to serve among people suffering directly from the war. Plans were well underway for a CPS unit to open in China in 1943, when Congressional passage of the Starnes Amendment to the War Act, denied conscientious objectors the opportunity to participate in foreign relief construction and service.  See: CPS Camp 91

Given this interest among CPS workers, it is not surprising that in the post war period, a significant number of CPS alumni served with the American Friends Service Committee, Brethren Service, Mennonite Central Committee, Church World Service, Heifer Project International and CARE in overseas settings.   One of those settings was a place still at the center of international politics and humanitarian concern today, the Gaza strip.

The American Friends Service Committee was commissioned by the United Nations in 1948 to provide aid to Palestinian refugees in the Gaza strip. Gaza was home to a population of 80,000 in 1948, but received 250,000 new refugees as a result of the war that led to the establishment of Israel.  In this humanitarian emergency created by war, many alumni of the CPS program tested their skills and their ideals.

“The Quaker relief project in Gaza was one component of the first UN response to the massive Palestinian displacement (around 750,00 people in all) in the course of the 1948 war…The AFSC thought seriously about the implications…

We take the risk of failure which will be a public failure…We shall be in the world limelight and we will have to face some compromises away from our traditional ways of working…The opportunity to demonstrate the power of the non-violent approach is enormous. The political people have turned to us because they believe we have something to offer than merely a politically neutral position.”
(Excerpted from: The Quaker Way: Ethical labor and humanitarian relief)

“I was drafted after a two-year fight…I had the usual song and dance with the local draft board and the headlines that read, “First Draft Dodger in Jersey,” and “Boy Draft Dodger Refuses to Wear Uniform,” and we went around in circles…Every time they called me up, I wouldn’t go.  And I said, “I want work of national importance under civilian direction!” They didn’t know what I was talking about.  That’s what I wanted. “I’m not running away from anything. I’ll do my time, but not in the army. That’s it!”

Al Holtz: On service in Gaza

We got off the train in the middle of the night, and you couldn't see [a thing].  Jet black.  Kelly and I jumped off the train with our little satchels and stood there and looked around a minute. Pretty soon an Egyptian officer came up and asked us what we were all about and we said that we were Quakers coming to the relief agency.  He went over, picked up a phone and called, and pretty soon Emmett Gulley or somebody pulled up in a car and took us in.

Well, the first house we had--Nothing was organized, the lights were from lamps and it was late in the evening and we hadn't seen anything, and I looked out in the back and there was an Egyptian machine gun nest in our backyard.  Of course, good pacifist that I am, I got furious immediately… we did get rid of the machine gun nests the next morning.

“We had a lot of smart, conscientious, interested, dedicated people from the beginning to end. I mean, it was a basis of a bunch of wide-eyed pacifists…All the European people who came in were all in the International Red Cross and all [pacifists]. Everybody was a pacifist and everybody also determined that this was a good example to show pacifism works, that you don’t need to carry a gun and beat people over the head with a club to get things done.  And I think we proved that without any question.”

“It could not [have been] done if we hadn’t been so naïve [and had known] we couldn’t do this.  We didn’t know we couldn’t do what we did. I don’t know to this day how we did what we did as I look on it; but it was a daily thing, you met the problems.”

“…We stood as a buffer between the Egyptians, who hated the Palestinians and the Palestinians, who hated the Egyptians. We interfered anytime the Egyptians messed with the refugees…I never permitted any Egyptian officer who thought he was expecting to come into a center with a gun. ‘You park it outside. No guns.’ Of course, this infuriated them, then there would be another incident…but we always diffused them by politely saying, ‘No, we’re doing this. Any time you want to take it over, you take it over. But while we’re doing it, you have nothing to do with it.’”

“Of course, while I was there I maintained my famous "Nineteen Points," regardless.  Part of the "Nineteen Points" was we would never be disturbed going in and out of Gaza--no visas, no fees, no anything.  The entire time, I never was stopped or inspected or anything.  And no flag ever went up.  We used the U.N. flag for a table covering for the conference room, and no American flag went up, no Egyptian flag went up.  No flags.  It was a dumb CPS thing, but that's life.  But it worked, and again it helped create our identity.  We were not biased, we were not representing any unit of anything but to serve the people and see that the refugees got what they were supposed to get.” 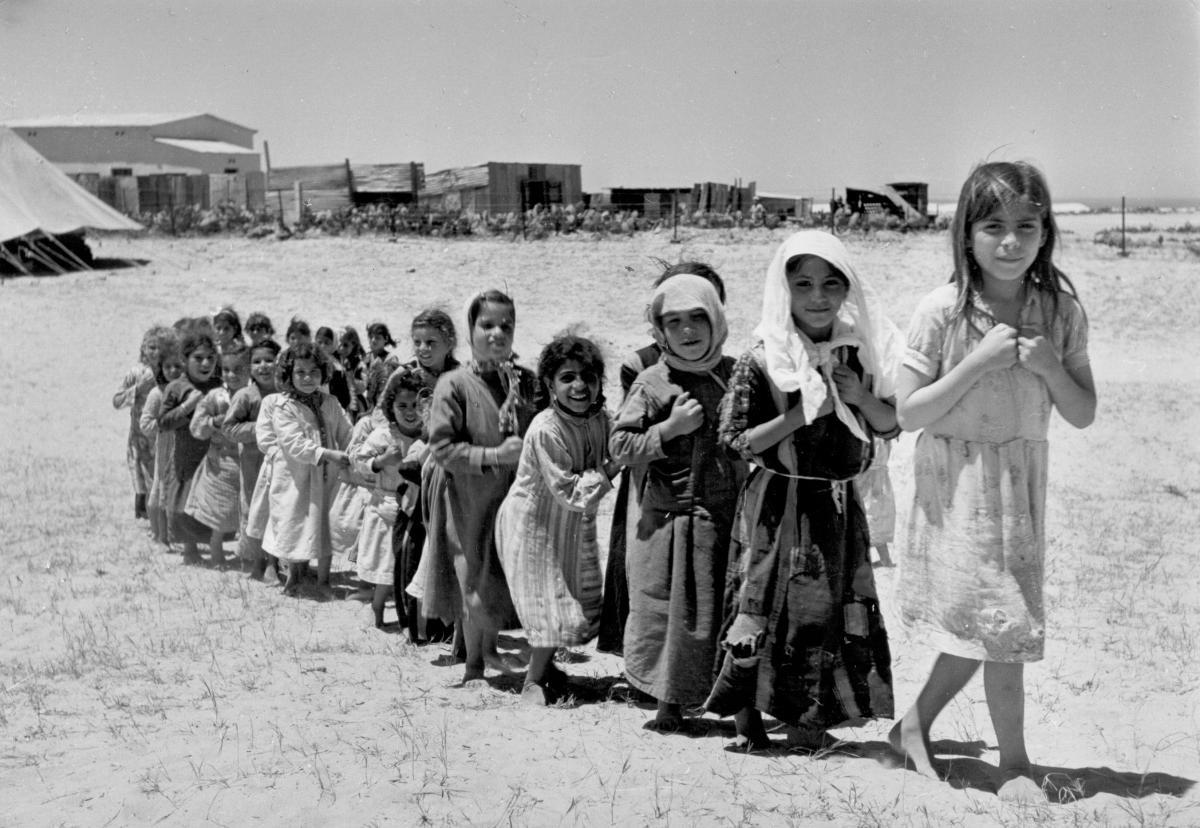 “And you say we didn’t make a dent. We made a dent! But did it last? No. Did they go out and kill their brother? I guess they did. But they wouldn’t have then. They wouldn’t have then. And I thought that was terribly important. Yes…it can be done. And this was a mixed group who would have been, in Jaffa, casual enemies. They might do business together but they would certainly not be friends, and yet they loved one another like brothers. They’d meet each other, hey, hugging and kissing. Muslims and Christians!  So it can be done.”