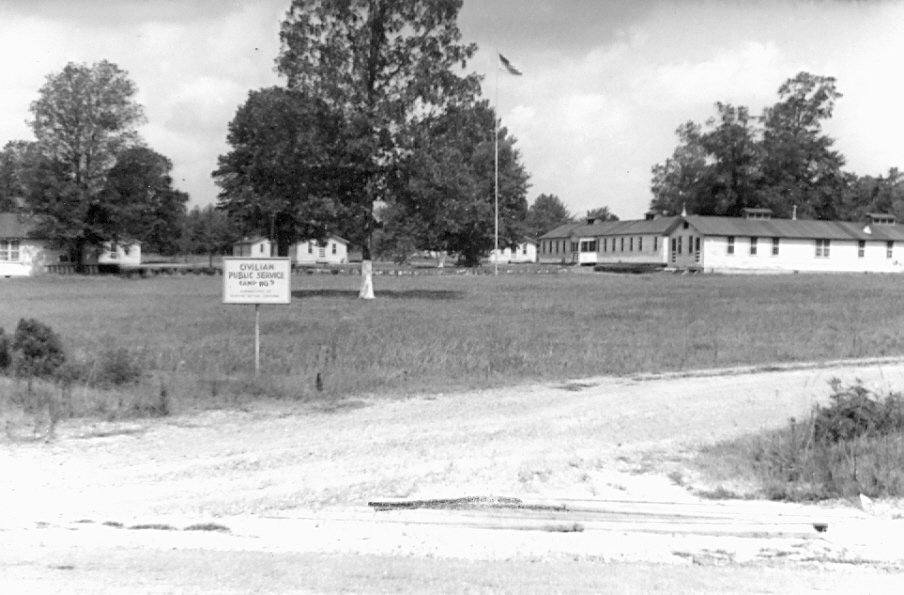 Personal Collection of Nicholas A. Krehbiel 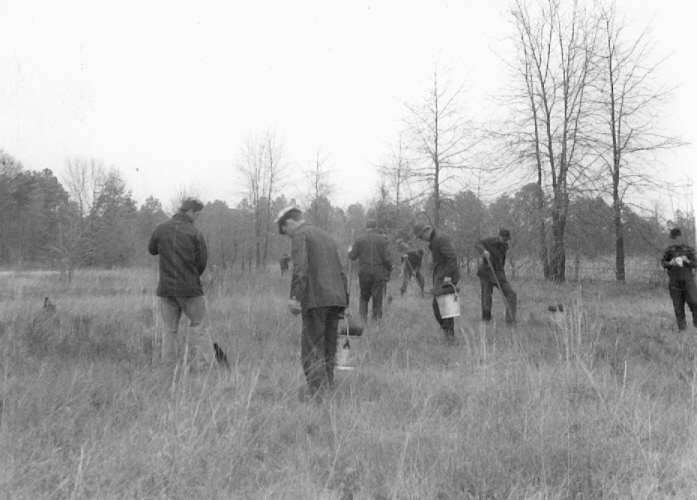 Civilian Public Service (CPS) was the program of alternative service created to provide an alternative means for COs to fulfill their national service duties as outlined by the Selective Training and Service Act of 1940. The program called for work camps to be established for assignees to labor in soil conservation or forestry projects, depending on the location of the camp. The model used for this arrangement was the New Deal’s Civilian Conservation Corps (CCC) and, in fact, the Peace Churches used many of CCC locales for the CPS camps. In the soil conservation camps, men dug irrigation ditches, planted ground cover, and built dams and irrigation systems. In the forestry units, assignees built and maintained firebreaks, roads, and trail. They also served as fire lookouts and smokejumpers, for example, fighting remote forest fires.

However, as CPS continued throughout American involvement in World War II, the program’s opportunities for assignees expanded through the detached projects. After serving for a number of months in the soil or forestry camps, men could volunteer for work in the other programs offered. The first of these projects was in dairy and farm labor, where men could help on farms or in dairies as a part of fulfilling their service requirements.

Men also worked as mental hospital attendants, due to the severe labor shortage in mental hospitals throughout the United States. Beginning in 1943, some of the CPS attendants in the hospitals sparked a revolution in the care of the mentally ill in the United States, helping to improve conditions and patient care. In addition to helping to care for the nation’s mentally ill, COs volunteered to be test subjects in scientific experiments administered by the federal government. These “Guinea Pig Units” studied the effects of starvation, climate, hydration, and disease, among other issues. The “Guinea Pig Units” remain controversial to this day as many of the methods used in gathering data are considered to be ethically questionable. Furthermore, evidence suggests that CPS volunteers for some of the experiments lacked information about the potential dangers posed to them as test subjects, both physically and mentally.

Though service in CPS was mostly male, a number of women served in CPS as well. No women were drafted during World War II and as such, those who served in CPS did so on a voluntary basis. At first, they served as nurses, dieticians, and matrons. When the detached service in mental hospitals began, women served as attendants there as well.

One of the most controversial aspects of CPS was that the assignees served without pay. This was a decision undertaken early in the negotiations for CPS by the Selective Service as they feared the program would not be approved if men received a wage. This proved to be an increasing source of frustration for many of the men and their families as the men received no allotment for dependent care either, leaving many of their families in a difficult economic situation. 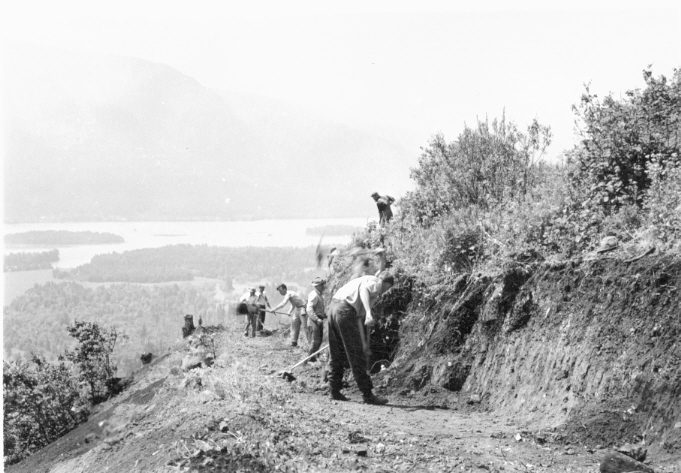 Overall, the response to the programs in CPS was mixed. Many COs wanted to do something as meaningful as possible, both to demonstrate their commitment to peace and fulfill the “work of national importance.” Many viewed the soil conservation and forestry programs as little more than digging ditches and cleaning up hiking trails, something that had little to do with “national importance.” The lack of pay led some to claim that the alternative service program was little more than slave labor for the federal government. The response to the detached projects, particularly the mental hospital units, tended to be much more positive. Though many of the men felt stifled by their confinement and the “make-work” nature of their assignments, they were able to affirm their stance for choosing peace over war in an increasingly violent world.