CPS Unit No. 100, a Dairy Herd Testing unit operating in fourteen states in conjunction with Agricultural Experiment Stations, opened during April and May 1943. The Dairy Herd Division of the Department of Agriculture sponsored dairy herd associations of approximately twenty-six farmers who co-operatively employed one man to determine the quality of milk and butter fat production of each cow in a herd. In addition, the man examined feed cost and income returned per cow to improve the efficiency of the herd. Since most of the dairy herd testers had been young men drafted during the first years of the war, an acute shortage existed creating fear that milk production and herd standards would be lowered. The Department of Agriculture expressed its willingness to use CPS men; the state associations requested a CPS tester for a local association; the church agency recruited and approved men for the unit and worked with the state officer to secure training for the men. Each CPS man visited each farm in his association at least once monthly, keeping records to be used by the farmer to weed out poor producers and link feeding schedules to each cow’s milk production. The unit closed in October 1946.

In the typical dairy herd improvement association, “the tester visits each farmer once a month and under Selective Service a month means 26 days of work.  The testing of a herd of 30 cows is considered a day’s work although this varies . . . [a larger herd] . . . must remain another day”.

(1)    The tester plans to arrive at the farm early enough so as not to cause any delay in the evening milking.

(4)    By this time the farmer is probably ready to start his milking procedure proper.  As each cow is milked, her milk is weighed [and sampled] and the weight recorded.

(5)    The grain mixture being fed is recorded.  Also . . .the prices of ingredients and of the various roughages fed.

(6)    The tester obtains and records the dates when any cows were turned dry or when any freshened since the last visit.  [He also records data on any sale or purchase of cows.]

(7)    Then he goes with the farmer to the house for the evening meal.  Afterwards he obtains the price being paid this farmer for his milk.  He also discusses herd problems with him.  If there is more time left he may work on back work, identification reports or records before he . . . [retires] for the night in a bed assigned him usually at the farm home.

(8)    In the morning he arises early enough to be at the barn again in time for the milking.  This varies from 4:00 a.m. to 6:00 a.m.  He again weighs each cow’s milk, records that weight and takes a sample to add to the one taken in the evening before to make a composite sample.

(9)    Usually then he eats breakfast, after which he tests these samples for their butterfat content.

(10) He fills out the barn sheet which is usually the longest part of the work.  The night and morning milk weights were added for each cow. . . . Then the value of this milk is computed and compared with the cost computed of feed to find the value of the produce above or below feed costs.

(11) All this data is then copied into the herd-record book which is left with the farmer for his study and dairy management.

(12) By the time all the above work is completed, it is about mid-afternoon and time to pack and leave the farm for the next.  Of course, there are identification and production reports to fill out and send occasionally to the State Dairyman.  These records are sent on to the Bureau of Dairy Industry at Washington, D. C., and recorded for use in proving sires and finding sources of good breeding stock. (in Eisan p. 251-252)

Farm service attracted COs with prior agricultural experience.  As a result, more men from Brethren and Mennonite camps and units than from Friends units accepted these assignments.

Unfortunately, the majority of the dairy herd testers could not be assigned to the appropriate subunit due to insufficient information in their directory records. 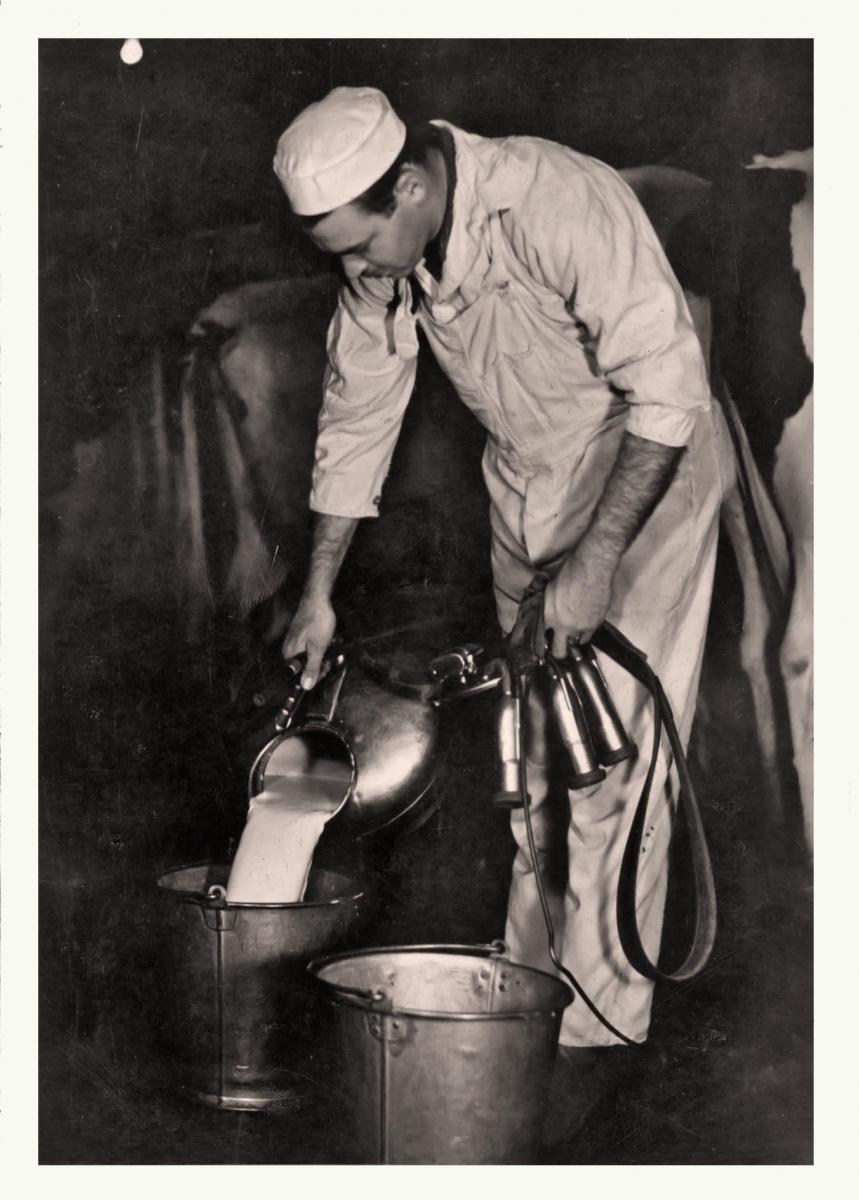 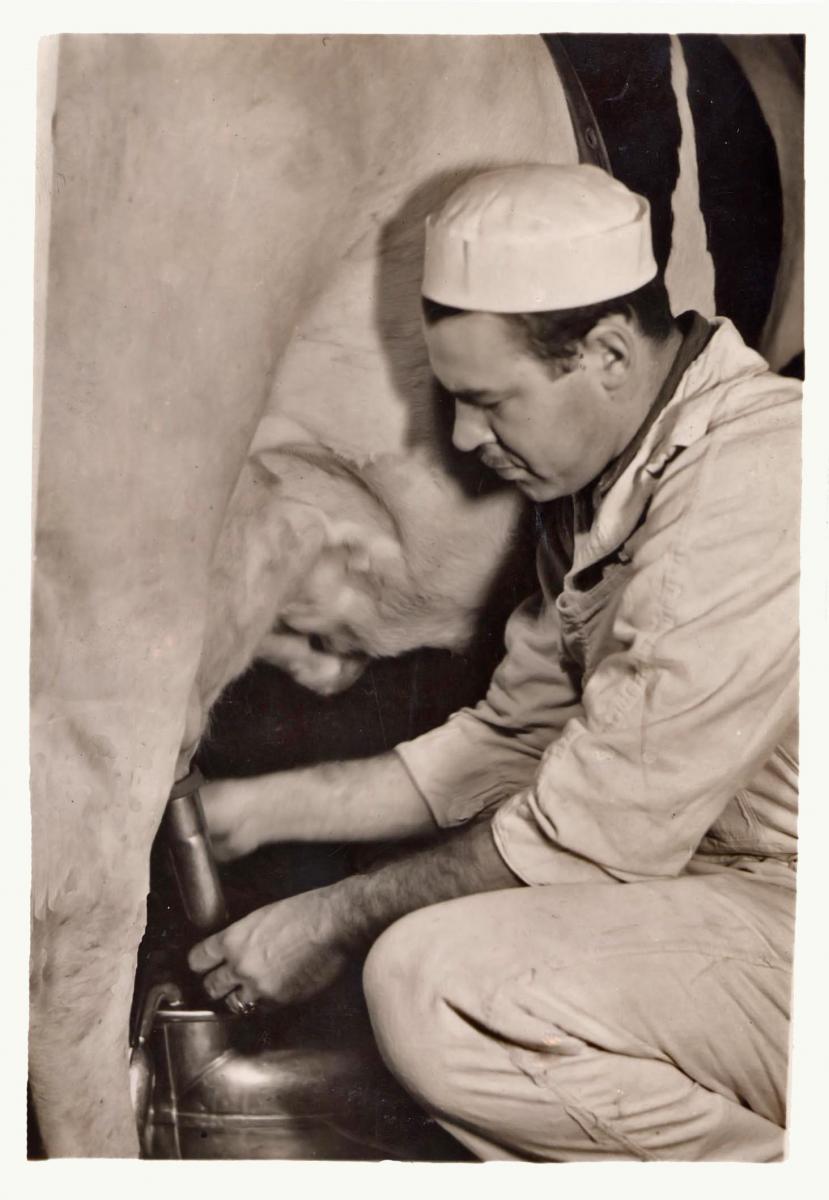 CPS Camp No. 100, subunit 2
625 CPS men are working as dairy farmers and as dairy herd testers in 30 different countries in the leading dairy states of the country. The increase and the improvement of the nation's milk supply is the function of this government assigned 'work of national importance.'
Date: ca. 1944 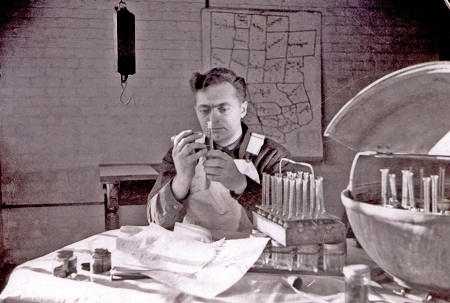 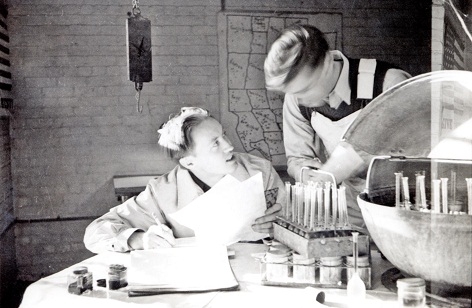 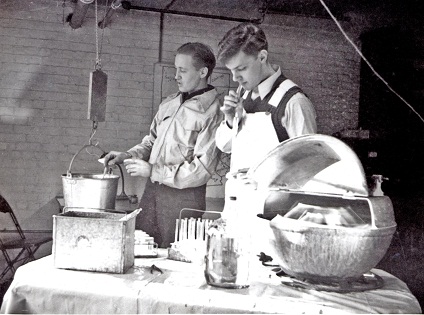