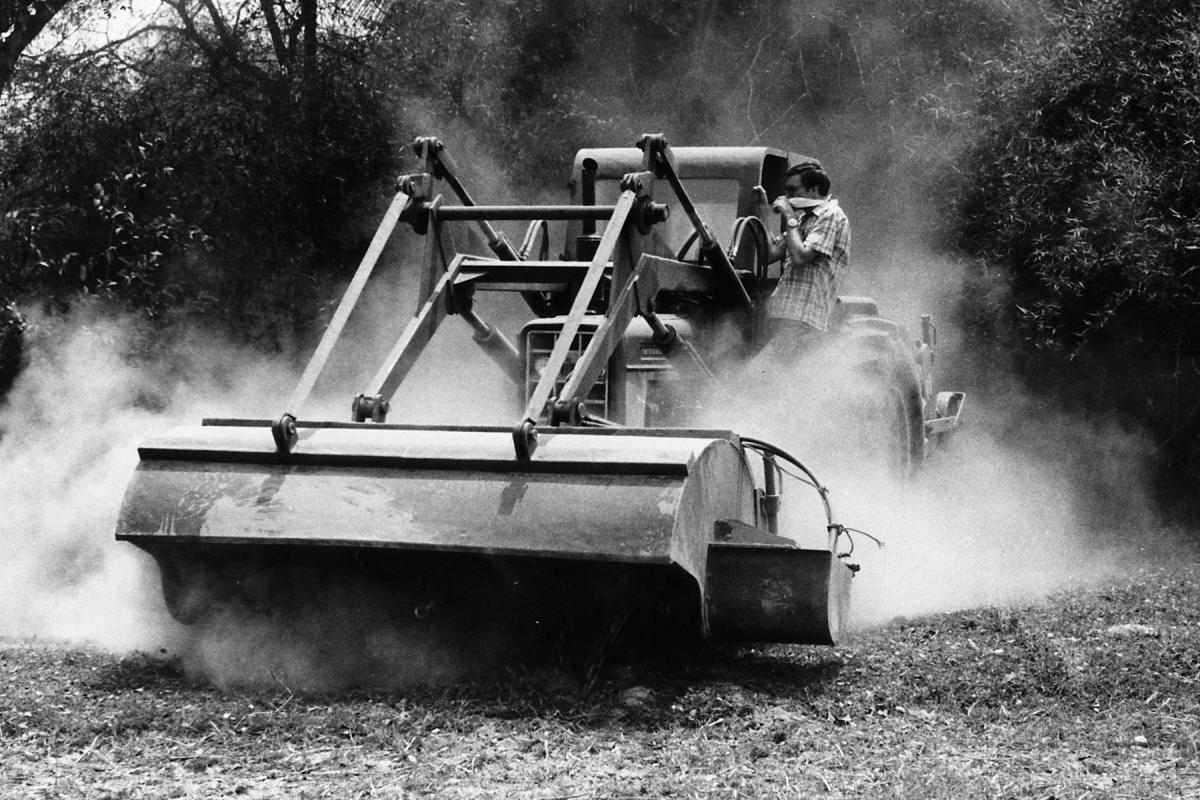 MCC worker Fred Swartzendruber tests the MCC bomb-beating tractor in a safe place. Actual field tests over a period of several months proved ineffective, as the chain flail device caused some bomblets to explode, while others did not blow up and remained lethal. During one experiment with the tractor observed by MCC worker Linda Gehman Peachey, a Lao villager picked up a cluster bomblet that the tractor had been unsuccessful in detonating. He threw the bomblet which promptly exploded when it hit the ground.

After experimenting with the tractor in 1980 and 1981, MCC and Lao officials decided that other methods were needed, and the tractor was used for plowing. Plowing, while not without risk, did turn the soil over gently, often exposing bomblets that had been buried.  In 1984 MCC worker Titus Peachey visited with Mr. Thong Dee, a farmer in Xieng Khouang Province who had just plowed his field of 3 hectares and turned over more than 20 bomblets.    MCC PHOTO:  1980